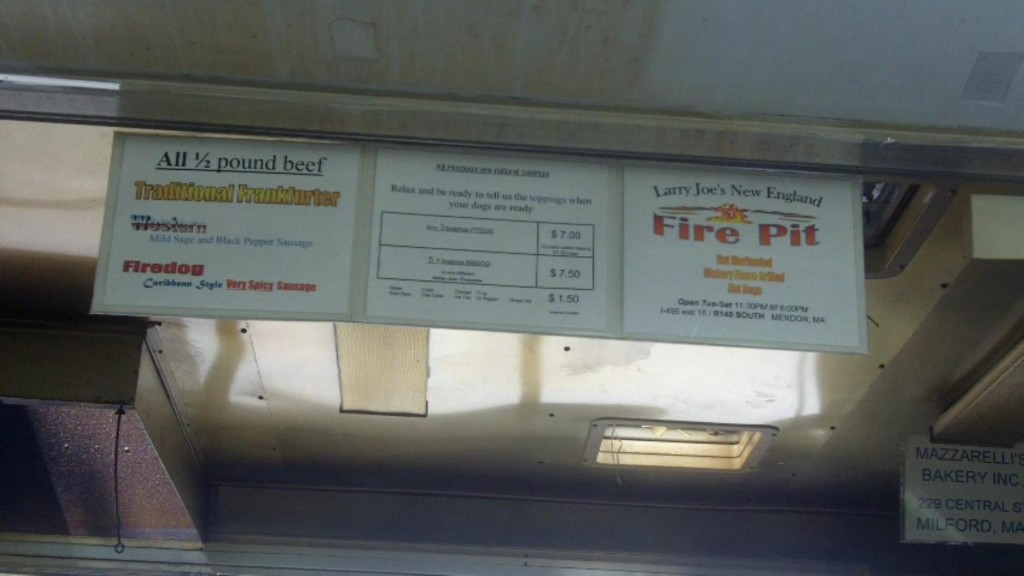 The other new development is Larry Joe was sampling Slawsa at his eponymously named New England Fire Pit today. Slawsa is a mustard slaw that can be found on supermarket shelves across the country. It’s available locally at Roche Brothers Supermarkets. I had a Pit Dog with Slawsa, cranberry relish and onions and was it good!

Larry Joe does things old school at the New England Fire Pit. He marinates his half pound, all-beef Pearl Franks in apple juice, molasses, and some “secret ingredients.” He slaps those marinated franks on a grill fueled by hickory wood and smokes them until they split the natural casing. The result is a flavorful, hot, smoky slice of hot dog heaven on earth! Larry learned this method from world-famous Boston Speed, a Boston hot dog icon for nearly 40 years. Speed learned the method from the cooks in the FDR White House who served this same style of hot dog to the King and Queen of England!

It’s always a blast going to Larry Joe’s New England Fire Pit. The dogs are THE BOMB and there’s always a lively crowd of Fanatic Fans; it makes for a fun, hot dog experience.